A new discovery by museum scientists and their collaborators of an introduced snail in Singapore was recently published in Occasional Molluscan Papers. We asked them to tell us more about the significance of their findings:

History is repeating itself. Another alien snail—Cryptozona siamensis—has made its way to Singapore. Several months ago, this species, which is native to Thailand, was recently found in Singapore. The snail is believed to have been accidentally introduced through horticultural trade activities. Presently the snails appears to be confined to a single locality in Mandai, which was formerly a plant nursery. 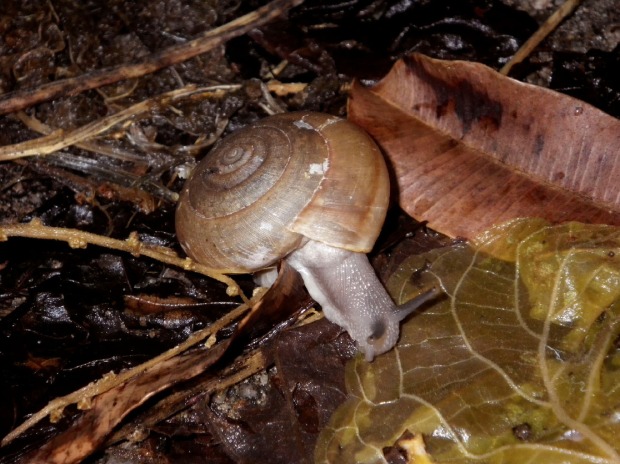 This follows the 2011 discovery of Limicolaria flammea (a native of East Africa), in Singapore. Despite efforts to prevent the spread of that earlier invader, the snail is now found across Singapore. 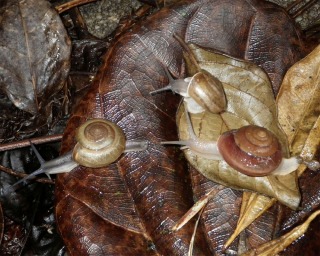 The discovery of both species highlights the importance of being able to tell different species apart (also known as taxonomy). Both non-native snails superficially resemble species already known from Singapore. They may have gone unnoticed for much longer if researchers had not been actively studying Singapore’s fauna.

Although the introduction of a snail may seem harmless, it is known among researchers that introduced species can pose a threat to native biodiversity greater than most people realise. Worldwide, many native species are endangered because of the negative impacts brought about by introduced species. Besides being a possible plant pest, studies in Thailand have shown that Cryptozona siamensis can carry parasites that may infect humans; usually occur through ingestion of raw or undercooked snails or contaminated vegetables. 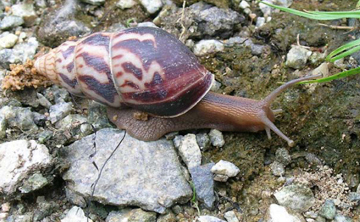 So far in Singapore, Limicolaria flammea has not done the same damage some of its close relatives have wreaked in other parts of the world, and the situation for Cryptozona siamensis is as yet unknown. While the news of yet another introduced species is typically bad news, there are documented cases of successful eradication of introduced species in other countries, especially if discovered quickly and action is promptly taken. In additional to physical removal and the tightening of measures to prevent accidental importation of non-native species, the public can play a big role by getting to know the local fauna and to keep an eye out for invaders. It is hoped that the relevant authorities will step up efforts to eradicate this snail based on the precautionary principle.

Let us do what we can to prevent history from repeating itself. 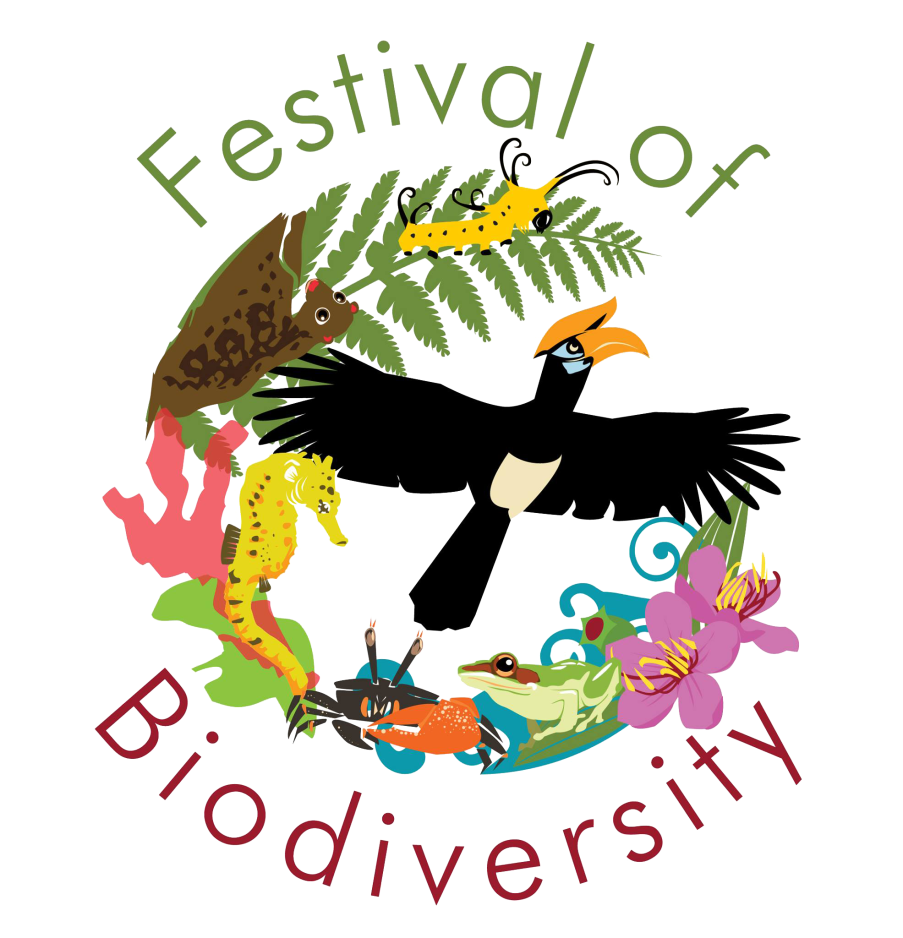